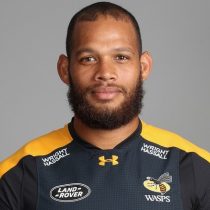 A product of one of South Africa's most famous rugby schools Diocesan College (Bishops), Carr has met all expectations since making South African Schools in 2009.

Contracted to Western Province straight out of school, representative honours have came in the form of Western Province U18,U19&U21, winning the 2011 Varsity Cup with the University of Cape Town, representing the South African U20 team at the IRB U20 World Cup and making his Currie Cup debut off the bench against the Lions in late 2011. Skillful and speedy, strong performances got the utility loose forward included in the Stormers 2012 squad where he gained 7 Super Caps before a nasty knee injury.

Since then, Carr has become a regular in both the Stormers and Western Province Currie Cup team.

In 2016, Carr was included in a South Africa 'A' squad that played a two-match series against a touring England Saxons team.

Carr entered the 2017 season having scored 30 points in 67 Super Rugby appearances since making his debut in 2012.

He made 15 appearances for the Stormers during the 2017 Super Rugby season as the Cape Town-based side made it to the knockout stages of the competition.

The 5 Test cap Springbok surpassed the 50 cap mark for Western Province in the Currie Cup as he helped the side win a record 34th Currie Cup title.

Carr signed a three-month deal with English clubs side Wasps but was still available for the Stormers 2018 Super Rugby season.

The South African international signed a long-term contract at Ricoh Arena at the end of the 2017/18 season. This came after a highly successful loan spell at Coventry.

He was recalled into the Springbok squad for the 2018 June Internationals. Carr has established himself as an uncompromising and hard as nails no.8 but can pack down on either side of the scrum with his versatility coupled with his insatiable ability on the field making the Springbok an asset in any squad.

In June 2020, the athletic loose forward signed a deal with the Bulls.