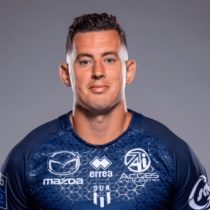 Reid primarily plays out half but can also play centre. He made his senior debut in September 2012 against the Scarlets. Sub appearances followed against Connacht and Benetton Treviso before Reid achieved another landmark, crossing for his first try in the 22-6 away win over Aironi.

He made his senior debut for Ireland on 14 June 2014 when coming off the bench in the second test of the tour to Argentina. Due to some stiff competition he has since not been able to add to that cap, but has earned himself 40 caps for Leinster at the time of writing.

Well regarded for his crisp distribution with ball in hand and physicality in defence. Reid, another product of St. Michaels College, has become a match-day regular in recent seasons.

Reid signed a new contract with Leinster Rugby, a deal that would see him remain at the club for the 2017/18 season and beyond.

Having made over 100 appearances for Leinster, the club confirmed that he would leave the club at the end of the 2018/19 season to join Leicester Tigers.

In 2019, he signed a deal with Leicester Tigers and made 19 appearances before being released from his contract at the club following his refusal to take a 25% pay cut to reflect the impact of the coronavirus pandemic.