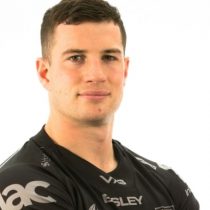 Son of former Wales hooker Garin Jenkins, Owen has also gone on to represent his country.

Unlikely his front-rower dad, Owen is a speed winger. He was a Wales under-20 international and also represented Wales Sevens.

Jenkins, a former Wales Under-20s international, represented Wales on the sevens circuit in 40 tournaments and played for Wales at both u18 and u20 level.

The rapid winger spent five seasons at the Cardiff Blues while playing sevens for Wales before putting pen to paper to an undisclosed deal with the Dragons.

By June 2020, Jenkins had scored three tries in 11 appearances for the South Wales club.