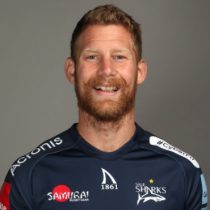 A physical fly-half with gifted hands and feet, du Preez learnt his rugby at Kearsney College before being selected for the Sharks U18 & U19 teams in 2011.

His graduation into Sharks senior rugby came in 2013 when he played in the Vodacom Cup, with strong performances earning him a call up to the South African U20 team which took part in IRB Junior World Championships.

In 2015 he made the move to Cape Town and became the first choice pivot for Western Province and the Stormers.

Following the conclusion of the 2016 season du Preez was included in the Barbarians squad that was able to claim as 31 all draw against his home nation.

du Preez's first Super Rugby season was cut short with injuries which hampered his push for a spot in the Springboks squad.

He managed 10 appearances in total for the Stormers during the 2017 season, scoring 78 points.

The 2017 Currie Cup-winning flyhalf was again named in the Barbarians squad for the second in 2017 and is set to face New Zealand during the 2017 November Tests.

After months of speculation, the Sharks confirmed the signing of du Preez from the Stormers.

The promising playmaker joins the side his father, Robert du Preez snr, coaches and will lineup alongside younger brothers Dan & Jean-Luc. Du Preez played 14 times for the Stormers scoring 117 points.

In May du Preez, along with his two younger brothers, was named in the Springbok squad for the 2018 June Internationals and made his test debut off the bench against Wales in Washington.

Du Preez featured in all of the Sharks' 2018 Super Rugby matches and helped the side win the Currie Cup before joining Sale Sharks on a short term deal.

He returned to Durban ahead of the 2019 Super Rugby season before agreeing to a three-year deal with Sale Sharks, whom he joined following the conclusion of the 2019 season.