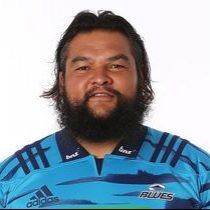 Having debuted in 2009 under Bryce Woodward, Wright made his 50th appearance for Northland in September 2014 against Bay of Plenty.

In 2017 Wright re-signed for his 10th season with Northland.

The experienced loosehead was part of a dominant Northland pack during the 2017 Mitre 10 Cup season helping the side to a Championship semifinal, before being named in the Maori All Black squad.

In 2018 Wright was called into the Blues wider training squad. He made 12 appearances for the Blues in 2018.