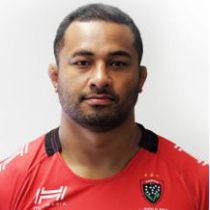 Samu Manoa was born in 1985 in Concord, California. The powerful Manoa, of Tongan descent has earned himself a reputation as a dynamic ball carrier who can comfortably operate in either the second row or back row.

Manoa made his debut for America in November 2010 against Georgia and has since gone on to become an integral part of the Eagles set up despite not featuring during the 2011 World Cup due to terms in his contract with Northampton Saints.

Since joining the Saints in 2011, Manoa has become a firm favourite with the Franklin's Gardens crowd and was named Supporter's Player of the Year for the 2012-13 season.

Manoa has played on 15 occasions for the US Eagles since his introduction to Test rugby in 2010.

On December 21, 2014, Toulon owner, Mourad Boudjellal confirmed that Manoa signed with Toulon on a four-year contract, the first type of contract to be offered by the club.

One week after making his debut for Toloun, Manoa scored his first try for the club in their 52-8 win over Montpellier in November 2015.

The American was a key figure in the Toulon squad during the 2017/18 season taking his cap tally with the side 50.

In January 2019, Manoa left Cardiff Blues and was released from his contract on compassionate grounds. The USA international made seven appearances for the Pro14 region.

After 22 caps, including appearances at the Rugby World Cup 2015, Manoa announced his retirement from international rugby.