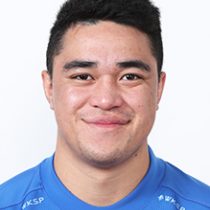 A talented utility back Tupou represented the Australian U20s at the 2017 U20 World Championship after some stellar performances for the Rebels U20s side.

He made appearances in all of the Australian sides matches and on 12 July 2017, he was named in the Rebels starting 23 in their final fixture of the 2017 Super Rugby season against the Jaguares.

The return of Reece Hodge from injury and the form of Wallaby wingers Jack Maddocks and Marika Koroibete in the Rebels' squad squeezed the young gun out of the side, however, he made a return in Round 8 and also earned a starting wing position in Round 9.

The talented utility back was then selected for the Junior Wallabies in the 2019 Oceania U20 Championship and was an integral part of the side's run to a series sweep.