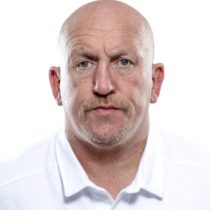 He spent most of his career at the Warriors, making an astonishing 467 caps and in his time he won 9 Challenge Cup title's and 8 Championships - a record in Warriors history.

After retiring from the sport in 2000, Edwards linked up with Wasps in 2001 in a defensive coaching role. In 2005, Edwards took over from Warren Gatland as head coach and in his time led Wasps to 3 consecutive Premiership titles and 2 European Cup titles.

In 2008, there was a scramble for his signature between England and Wales, England offered Edwards the job as head coach of the England Saxons, while WRU offered him a defensive role with former colleague Warren Gatland. Edwards chose the role with the WRU and in the same year was awarded as International coach of the year.

Edwards has had a successful spell in charge of the Welsh defence, winning 2 Six Nations titles and breaking records as Wales went 400 minutes in 2013/14 without conceding a try.

In August 2018, he signed a three-year deal to become head coach of his hometown club Wigan Warriors in 2020 once he has completed his commitments with the Welsh Rugby Union.

He later changed his decision to join Wigan as he felt he would not be able to prepare for the role adequately while still being contracted with the Welsh Rugby Union.

In November 2019 Edwards was confirmed as France's new defence coach.