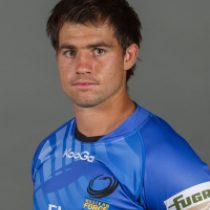 Sias, twin brother of Robert Ebersohn hails from Bloemfontein, South Africa, attended the prestigious Grey College, Bloemfontein as a schoolboy. Having graduated from Grey, he went on to attend the University of the Free State. His professional rugby career began in tandem with his twin at the Cheetahs.

However having spent two years at the South African franchise, Sias opted to leave his home club and move to the Western Force in time for the 2013 Super Rugby season. He also had the honour of captaining South Africa at the 2009 IRB Junior World Championships.