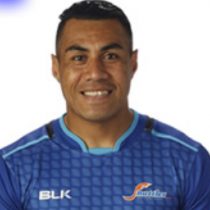 Pisi's position is fly half, but he has also played at centre and fullback. After playing for the Crusaders in Super Rugby, he moved to Rugby Club Toulonnais in France for 2007/2008 and 2008/2009 seasons.

At the end of the 2009 season in France, Pisi joined Suntory Sungoliath Rugby Club in Japan. In 2011, he signed with the Hurricanes for the 2012 season.

Pisi has made twenty-nine appearances for Samoa, while also representing Toulon, the Hurricanes and the Crusaders during a distinguished club career.

Tusi Pisi joined Bristol Rugby ahead of the 2016/17 campaign, joining from the Japanese Super Rugby franchise Sunwolves on a two-year deal.

In March 2018, he extended his stay at Bristol Rugby by a further one year.

In 2018, Pisi co-captained Bristol to promotion back to the Premiership.

He has represented the club on 18 occasions scoring 15 points as he heads into the new season.