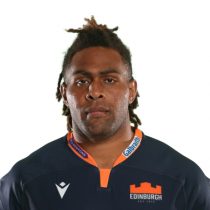 Mata is a former rugby league player who went on to play for champion local 7s side, Davetalevu.

Mata made the final Fiji squad for the 2016 Summer Olympics.

In July 2016, Mata signed for Pro 12 side, Edinburgh who he would join after the Olympics.

The skillful number eight signed a further one-year extension that will see him remain at Edinburgh until at least 2021.

As of June 2020, he has made 71 appearances and has scored 60 points for the Scottish club.