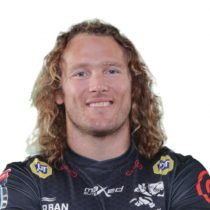 After making his debut in the 2013 Sevens series event at Twickenham, the former SA Sevens Academy and DHL Western Province Under-19 star has delivered some sterling performances for the Blitzboks. His super-sub performances for the team have not gone unnoticed, and was illustrated by the inclusion of his name in both the Wellington and Tokyo Dream Teams in the 2013/14 season.

Kok was named the World Rugby Sevens Player of the Year for 2015 following his performances in the 2014–15 IRB Sevens World Series, where he was also the leading tackler in the series.

2016 saw him being included in the Springbok squad for the 2016 Summer Olympics in Rio de Janeiro, where he was named as a substitute for their first match against Spain, with South Africa winning the match 24–0.

In late August the same year, Kok signed to join Western Province Rugby on loan, after the side was flushed by injuries and many of their players attending to Springbok duty.

The Blitzboks star will join Top 14 champions Toulouse for a four-month stint as a World Cup in July.

Kok’s status a medical joker means that he will provide cover between July and November while Toulouse’s frontline players are on World Cup duty.

The former Blitzbok returned to South Africa after his stint in France to link up with the Durban-based Sharks.

The powerful and exciting back featured in both games against the British and Irish Lions and signed a new deal with the Sharks until 2024.