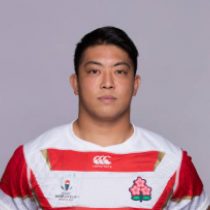 Having finished his studies, Sakate joined the Panasonic Wild Knights in the Top League in 2016 and made 27 appearances in 2 seasons for the side.

He quickly made an impact in the Top League making his test debut on 30 April, 2016, in an 85-0 triumph over Korea in Kanagawa.

In 2017, he joined the Sunwolves ahead of the Super Rugby season and made five appearances in his debut season making a further 12 by the end of the 2019 season.

Sakate has spent most of his test career behind the highly experienced Shota Horie.

He was selected for his first Rugby World Cup in Japan in 2019 and in the pool phase, came off the bench against Russia and Scotland. Started against Samoa and was an unused substitute against Ireland.

He ended the competition with 21 test caps and three tries.