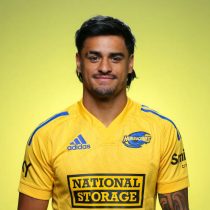 The former Napier Boys' High School student attended King's College before moving to Hamilton and progressed into Waikato's premier club scene with Hamilton Marist this season, while working closely with the Chiefs development squad in his first year out of school.

Sullivan had been described as "a star of schoolboy rugby" having represented New Zealand Schools and was chosen to start for Waikato as an 18-year-old against Taranaki in the 2017 Mitre 10 Cup's opening round.

Sullivan made his debut for Waikato during their 2017 provincial campaign and then went on to represent New Zealand in the 2018 World Rugby Under-20 Championship.

Chiefs gave Sullivan his Super Rugby debut in 2020 against the Sunwolves.