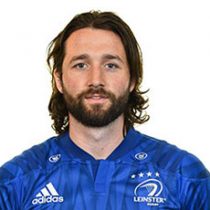 Daly, a pacey fullback/winger, played underage rugby throughout Leinster age grades. After a very impressive season in the UBL for his club UCD as well as a host of International 7's appearances, Daly caught the attention of Leinster head coach Leo Cullen.

Having been on trial during the summer 2016 for Leinster, he was awarded a contract with the province. In April 2017, having enjoyed a positive first season with the Irish province, Daly signed on with the club for the 2017/18 season.

In March 2018 Daly was called into Ireland's Six Nations squad as injury cover. Daly had scored 10 tries in 11 appearances for Leinster during the 2017/18 season at the time of his call-up and went on to be the top try scorer in the Pro 14 that season with 13 tries in total.

Daly didn't make his test debut during the 2018 Six Nations and looked to force his way back into contention before a knee injury in the first game of the following season halted things.

In July 2020 he announced his retirement from the game after not playing a game in the season to date.