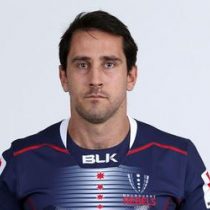 Since his Super Rugby debut in 2008, Ben has been a constant fixture within the Reds highly-competitive front-row with his durability and aggression a huge asset for the team. Ben enjoyed a decorated junior career, including winning the Under 19 World Championship in 2006, before earning his first Reds cap later in the year in Queensland’s end of season game against Japan in November.

Injury limited his opportunities during 2007, where he was a member of the QAS Reds Academy, but Ben still managed to come into the squad as a rookie prop in 2008, where he got his first chance in Super Rugby when he debuted off the bench against the Crusaders.

Also a member of the Australian Under 20s that year, Ben more than held his own against the prolific Crusaders forward pack.

In 2015, he graduated with a Bachelor of Laws from Bond University.

The three-time test capped Wallaby played eight games for the Western Force during the 2017 season before a knee injury against the Lions in May ruled him out for the rest of the season.

In June 2017 he signed a new two-deal with the Western Force where he made 8 appearances before joining Rebels squad for the 2018 super Rugby season.