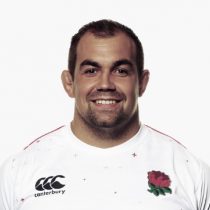 Born in Tiverton, England, Moon is a dynamic prop who is more than capable at scrumtime. Having represented England at both under 18 and under 20 level, Moon went on to make his debut for Exeter aged just 19 in 2008.

Since making his debut for the Chiefs in 2008 at home to Sedgley Park, the forward continually developed his game under the guidance of Baxter and the Exeter coaching staff.

Moon helped Chiefs win promotion to the Premiership in 2010 and after making 120 top-flight appearances, he signed a three-year deal in February 2017.

Moon signed a new deal with Exeter Chiefs in March 2020.