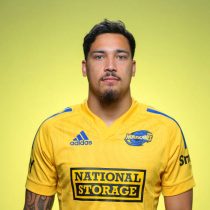 He is the younger brother of Hurricanes and Maori All Blacks centre Matt, Billy Proctor like his brother is an intelligent centre with a wide range of skills that give him the ability to play in both midfield positions.

The former New Zealand schoolboy was named in the Wellington Lions wider training squad for the 2017 Mitre 10 Cup at the age of 18. Proctor made his debut off the bench against Otago during the 2017 Mitre 10 and started his first match the following week against Southland.

In 2018, he trained with the Hurricanes ahead of the 2018 Super Rugby season and was later named in the New Zealand u20s squad ahead of the World Rugby u20 Championship.

At the age of 19, Proctor joined the Hurricanes on a five-year deal that will see the Wellingtonian at the club until at least 2023. The contract is the longest the Hurricanes have offered a player since the club was formed in 1996.

He made his Hurricanes debut against the Waratahs in Sydney while still a teenager.

Ahead of the 2020 Super Rugby season, Proctor has obtained only 1 cap and will be looking at adding to this total.

He heads into the 2020 Mitre 10 Cup having made 25 appearances for the Wellington Lions.