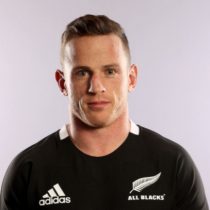 Weber is a former Junior World Champion, having won the Title with the New Zealand U20s side in 2011.

While studying for an applied science degree at Otago University, Weber decided to start his rugby senior career playing for the Otago Razorbacks. Difficulties in the year 2013 saw him shift his focus from rugby to school.

His successful switch saw him being named into the Chiefs wider training group.

Weber made his debut for the Chiefs against the Crusaders in 2014 and following some impressive performances he was called into the New Zealand squad. He made his debut against Samoa in Apia in 2015 but has been unable to make the team again following a string of injuries and the strong competition for the All Black no.9 jersey.

He was a mainstay in the Chiefs team in 2016 and played a starring role in his side’s celebrated win over Wales. In August 2017 he signed a new three year deal with the Chiefs and will remain with the side until 2020.

His 2017 on-field aspirations suffered a setback when he fractured his femur during this year’s inaugural Brisbane Global Rugby Tens final. Weber was back to usual busy self during the Mitre 10 Cup season and was named in the Maori All Blacks squad.

Weber had an impressive Super Rugby. The skilful halfback captained in the absence of co-captains Sam Cane and Brodie Retallick. His consistent form earned him his place in the 2019 All Blacks Rugby World Cup squad.

In August 2021, he put pen to paper recommitting to New Zealand Rugby and the Chiefs through to the end of 2023.