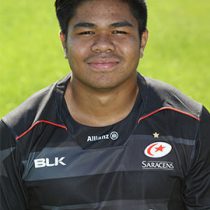 Another member of the well known Tuilagi family, Brian father is former Leicester Tigers and Samoan legend, Freddie Tuilagi. Not to mention their multiple uncles who have all had blessed professional and international careers.

The older sibling with his younger brothers, Fred, Brian plays anywhere in the back five of the scrum, and is as equally happy at lock or in the back row.

The 6ft 3, 117kg battering ram enjoyed two seasons at French side U.S Dax in Pro D 2 before heading to Italy with Mogliano Rugby in the Italian Top12 competition.

During his early career Brian spent two years in the Leicester Tigers academy, before moving to the Newcastle Falcons academy and then to Saracens, where he made his first XV debut against Leicester Tigers in the 2016 season.

In June 2020, he signed with Championship side London Scottish.