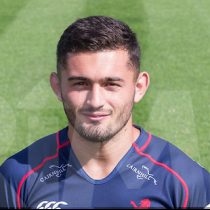 The outside centre or full-back penned a two-year deal with the southern France-based club, where he would start his career.

A contract later followed with London Scottish in 2016, where he is set to polish his skills.