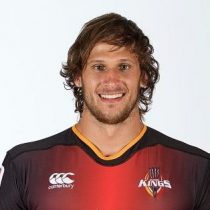 Having attended Michealhouse in KwaZulu-Natal, Cameron Lindsay went to the University of Stellenbosch where he represented Maties in consecutive Varsity Cups in 2012 & 2013.

In 2014 he joined the Eastern Province Kings and attended the Nelson Mandela Metropolitan University where he made another appearance in the Varsity Cup.

In 2017 Lindsay was named in the Southern Kings Super Rugby squad.

Later in the year, he signed a deal with the Pumas and will link up with the squad after the Super Rugby competition.