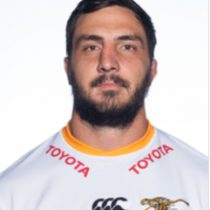 Massyn signed for the Cheetahs on a two-year contract from Western Province.

Massyn, who normally plays flank, led the University of Stellenbosch Maties to the 2019 Varsity Cup title.

He has the rare distinction of captaining two Varsity Cup teams to the title after previously also leading the University of Pretoria Tuks.

In 2017, Tuks won the Varsity Cup under his leadership. He has also played for both the Blue Bulls and the Boland Cavaliers.

He is known for being destructive with the ball in hand and difficult to deal with at the breakdown.