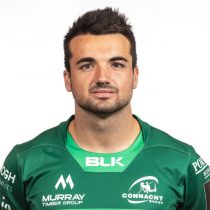 The Lansdowne FC man had a break through season for the club in 2014/15 as they went on to win the UBL championship. During the season he was called up to the Leinster squad for a trip to Edinburgh and also featured for Ireland against the Barbarians. Kelleher is in Leinster's squad for the 2015/16 season.

After spending two seasons in the Leinster Academy and making seven PRO12 appearances, he signed with Connacht Rugby on a two-year deal.

He rejoined Leinster ahead of the 2019/20 season