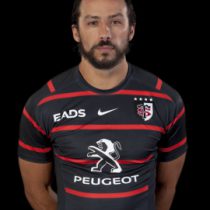 Clement became a stalwart in the Toulouse side that won four national titles between 2001 and 2012 and three European Cups. He also played for France in the 2003 and 2007 World Cups and won three Six Nations crowns.

In October 2016, Clement signed a one-year deal with the Sharks ahead of the 2017 season.