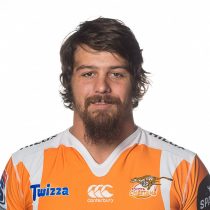 After playing his first team rugby for Hoërskool Standerton between 2009 and 2011, Swart became involved with the Pumas U19 side that competed in the 2011 Under-19 Provincial Championship.

2014 saw him make a move to Pretoria to join the Falcons during the 2014 Currie Cup First Division.

After controversial matches for the Falcons, with his eligibility for some of the club's matches being questioned, Swart signed to join Griquas on a 2-year deal.

Although he is used primarily at inside centre Swart is capable flyhalf and has a powerful boot.

In September 2015, he signed a contract extension with Griquas, committing him to the team until the end of 2017.

Swart was later named in the Cheetahs 2017 Super Rugby squad and made his debut in the opening Super Rugby round against the Lions.

In 2018, the brutally effective runner linked up with Japanese Top League outfit, Toyota Verblitz, before returning to South Africa with the Bulls in July 2020.