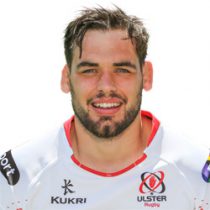 The Cork-born breakaway joined Ulster on a Development contract in 2014, his form and ambition having been nurtured in the All-Ireland League with Lansdowne.

A cousin of Ireland prop Mike Ross his club coach, Wales’ former Grand Slam-winning Mike Ruddock, recognised his potential and encouraged him to join the professional set-up at Kingspan Stadium where he is regularly in the matchday panel.

He has played 53 times for Ulster scoring five points at the start of the 2017-18 season.

He has struggled for game time in the current season only making 38 minutes of game time from his two appearances.