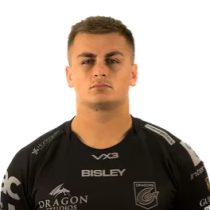 Cwmbran-born Edwards played for Bedwas and Cross Keys, and in the Greene King IPA Championship for Hartpury while on loan from the Dragons.

He played his early junior rugby with his local side in Croesyceiliog. Edwards has played the last two years for Bedwas and has appeared for the Dragons in the B&I Cup.

In January 2017, he was named in Wales U20 squad for the U20 Six Nations tournament.

By January 2020, he had made 12 senior appearances for the Dragons before joining the Jersey Reds on loan.