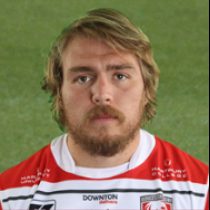 Fourie attended Waterkloof High School where he played first XV for two seasons. He went on to represent the Blue Bulls at Craven Week and was also selected for the South African Schools' side. The 26-year-old prop represented the University of Pretoria from 2008 to 2011 whilst also playing for various Blue Bulls junior teams before moving to the Pumas in search of senior rugby in 2012.

He can play as a loosehead prop or hooker. He previously played for the Blue Bulls, the Pumas, the Golden Lions and Western Province domestically, for the Lions and Stormers in Super Rugby and the Panasonic Wild Knights in the Top League in Japan.

On 9 September 2019, it was confirmed that Fourie would join Premiership Rugby side Gloucester for the 2019/20 season.