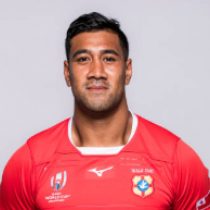 Faleafa was born in Auckland on the 13th of February 1989. His position is a flanker. From a young age he was a member of the Auckland Rugby Academy and in 2009 he had a lead role in the u20's New Zealand that won the 2009 Junior World Championship. The back row has played for a range of clubs such as Auckland, Northland, Southern District Rugby club and SC Albi. From 2014 to 2017 he played for SC Albi and made 70 appearances and had a total of 45 points. He has just recently signed a contract with the US Colomiers in the French Pro D2 on a two year contract. He is also playing for Tonga's international team.