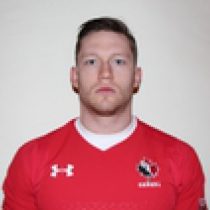 Dan has played for the Ontario Blues rep side who were CRC champions in 2011 and played his rugby for the Balmy Beach Rugby who were the McCormick Cup Champions 2011.

He was called to represent Canada at the 2017 Americas Rugby Championship.

He currently plays for the Toronto Arrows in Major League Rugby joining from Yorkshire Carnegie having previously played for Oxford University in The Varsity Match whilst completing his studies there.

He made his test debut against Uruguay in 2016 and has 14 test caps to his name, all of which in the starting line up and has been included in the Pacific Nations Cup squad.