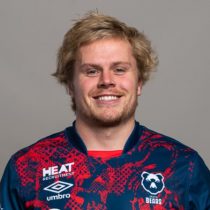 ThomasS climbed the ranks with the Scarlets after joining at under-16 level and earned a place in the Scarlets Academy. He was also a member of the Wales under-20 team during the 2012 Six Nations Championship, putting in an outstanding performace against Scotland at Eirias Park in Colwyn Bay.

The former Wales U20 international moved to Gloucester in the summer of 2014 from the Scarlets.

Upon his arrival he immediately made an impact as part of the squad that lifted the Premiership Rugby 7s title.

He enjoyed a stunning debut season, earning a spot in the team of the season and scooping supporters' player of the year.

In March 2018, Thomas signed a contract extension with Bristol to remain at the club until 2021.