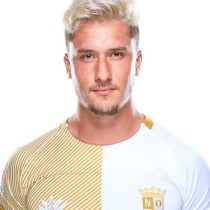 Short transitioned from football to rugby after discovering the sport late in his high school years.

His meteoric rise for the Black Hawks in his native Las Vegas earned him a spot with the High School All-Americans squad in 2016 and eventually a tour with the USA Falcons development squad in South America.

He was selected as a "Next Olympic Hopeful" by the U.S Olympic Committee in 2018 and earned an invitation to the Olympic Training Center to finally pursue a professional rugby career.

He went on to make 23 appearances for the side, scoring 15 points before he was snatched by rivals Nola Gold on a two-year deal in June 2020.