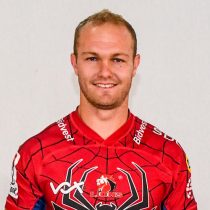 Smit represented Pumas youth teams at the Under-16 Grant Khomo Week in 2008 and at the premier high school rugby union competition in South Africa, the Under-18 Craven Week in both 2009 and 2010.

After high school, Smit moved to East London where he joined the Border Bulldogs and was named in their senior squad for the 2012 Vodacom Cup competition.

In May 2015, Smit was named on the bench for the Lions' Super Rugby match against the Waratahs in Johannesburg.

After 4 seasons with the Lions, Smit signed a new 2-year deal with the team.