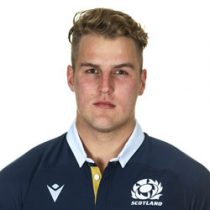 Born and schooled in George, South Africa, van der Merwe made two appearances for Pretoria Super Rugby franchise, Blue Bulls, after playing for the club’s U19 and U21 sides before making the move to the northern hemisphere.

The Springbok age-grade internationalist joined French Top 14 club Montpellier on an Academy deal in July 2016, and went onto make three league appearances for the senior side, crossing the whitewash on each occasion.

In January 2020, the winger signed a new contract extension with Edinburgh after 57 appearances and 155 points scored.

In May 2021, Duhan van der Merwe was selected for the 2021 British and Irish Lions for the first time.