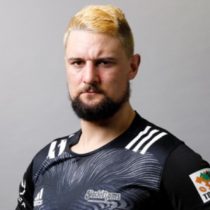 Dixon moved through the age group levels for Canterbury, but transferred to Southland in late 2009.

He made his provincial debut for Southland during the 2010 ITM Cup, scoring a try on his first appearance in a 37–23 win over Manawatu.

The 26-year-old developed into a key member of the team over the course of the season, sharing playing time at number 8 with veteran Samoan international Kane Thompson. In the 2011 ITM Cup, Dixon appeared in every match for Southland, and helped the team to a Ranfurly Shield victory over Canterbury on 23 July.

Following his solid season for Southland in 2010, Dixon was included in the Highlanders squad for the 2011 Super Rugby season. Since making his debut against the Brumbies in 2012, Dixon has shown time and time again that he has the potential to become an excellent international loose forward.

Ahead of the 2017 Super Rugby season Dixon has made 78 appearances for the Highlanders and has scored 10 tries.

In May 2018 Dixon confirmed that he would join Japanese side Ricoh Black Rams for the 2018/19 season.

Highlanders later confirmed that he would return from Japan for the 2019 Super Rugby season having signed a new two-year deal with the club.

He ended his time with the Highlanders having made 104 appearances scoring 12 tries and converted a try in his final appearance with the franchise.