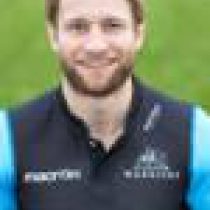 Lyle was called up to Scotland 7s in March 2015 and won his first cap at the Hong Kong 7s that year and marked his debut with tries against New Zealand and Wales that weekend.

The Scottish back impressed for the Warriors in an 'A' fixture with Edinburgh Rugby in 2014 and then put pen-to-paper on a deal until the end of the 2014/15 season, with his stay being extended.

Glasgow Warriors have extended Lyle's contract through to May 2017.

Lyle was released from Warriors at the end of the 2016-17 season.

The 29-year-old, who can play at either fly-half, centre or full-back joins from Glasgow Warriors where he featured on eight occasions for the Scotstoun club.