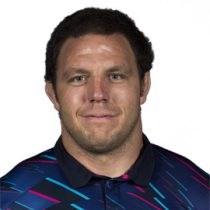 The South African prop joined reigning European Champions Leinster in 2010, where he replaced his compatriot CJ Van Der Linde. Similarly to Cian Healy, Van Der Merwe is a powerful scrummager and is destructive in the loose. Van Der Merwe scored in Leinster’s 2011 Heineken Cup victory over Ulster. After making a move to Stade Francais in 2013, van der Merwe, has been one of the stand out props in the northern hemisphere. This great form did not go unnoticed as he was drafted back into the South African side for the 2015 Rugby Championship