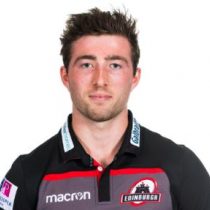 Fraser joined Edinburgh Rugby in 2014, having come through the ranks with London clubs Teddington, Esher and London Irish.

The former Scotland under-18 cap and former Merchiston Castle School pupil made his Scotland under-20 debut in the 24-6 win over England, in the opening game of the 2016 Six Nations Championship.