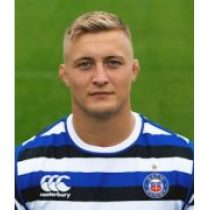 He became the youngest forward to appear for the Leeds side in 2013, playing against Bristol, becoming their youngest-ever captain a year later.

When the busy hooker moved from Yorkshire Carnegie to Bath in May 2016, the signing caused quite a stir. A series of injuries further halted his progress.

Walker was eager to fulfil his potential for Bath in the 2017-18 Premiership season.

In January 2018, he signed a contract extension having made 12 appearances for Bath since joining in 2016.

A strong leader and communicator, January 2020 saw Walker commit his future to Bath Rugby, putting pen to paper on a new three-year contract extension, however, in June 2021, it was announced that Walker would be leaving Bath and joining up with Harlequins ahead of the 2021-22 season.