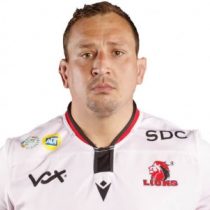 Smith started out his career playing for Western Province in South Africa, where he was a member of their youth system between 2009 and 2010 and also made 5 appearances during the 2010 Vodacom Cup season.

He emigrated to Australia along with twin-brother Ruan at the end of 2010 and were initially based in Brisbane, Australia. Both brothers linked up with the Australian National Academy and Jean-Pierre was a member of various development sides before heading south in 2013 to join the Brumbies.

He was named in the Brumbies extended playing squad for Super Rugby 2014.

He made his Super Rugby debut on 7 March 2014 as a second-half replacement for Scott Sio as the Brumbies defeated the Hurricanes 29-21 in Wellington.

In July 2015, it was announced that Smith would return to former side Western Province for the 2015 Currie Cup Premier Division campaign.

He stayed in South Africa for the 2016 season before returning to Australia after signing a deal with the Reds for the 2018 Super Rugby season.

2019 saw him start at loosehead prop in 10 of his 13 matches. An ongoing knee injury restricted the frontrower’s full potential which resulted in post-season surgery.

In October 2021, he signed a two-year deal with the Lions.