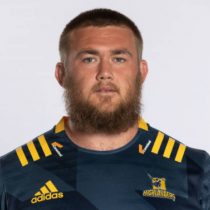 A hard front rower with a bright future ahead of him, Bay of Plenty tighthead prop Jeff Thwaites broke into the side in 2015 and has been a consistent performer for his team ever since.

In March 2018, Thwaites was called into the Chiefs 2018 Super Rugby squad following an injury crisis in the front row early on in the season.

With a vast amount of provincial rugby experience, the Bay of Plenty Flanker will be a real asset to our squad in 2020.

He has the ability to play in the second row which also improves the depth within the side.

Ahead of the 2020 Super Rugby season, Thwaites has been selected for the Highlanders squad. He has obtained 11 caps and will be looking to add to this total.