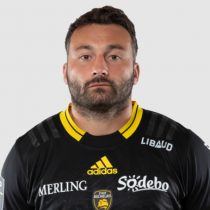 Sinzelle was selected in the French U18, U19 and then U20 teams having been trained at Toulon.

He signed for Stade Français in 2012 and became Champion of France in 2015 with the Parisian club, exceeding the 100 Top 14 matches milestone during his first season at the Club.