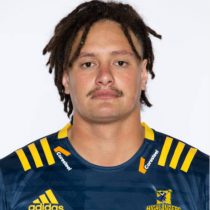 The former Melbourne Storm recruit was part of the Taranaki under-20, playing mostly at second five-eighth but has settled in as a flanker.

He has since settled in on the side of the scrum with Bay of Plenty.

Parete didn't pick up a Super Rugby contract for the 2018 season but was called into the Chiefs squad as injury cover.

With a vast amount of provincial rugby experience, Bay of Plenty Flanker will be a real asset to our squad in 2020.

He has the ability to play in the second row which also improves the depth within the side.