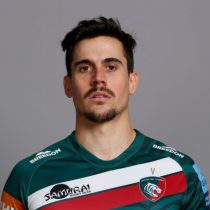 Díaz Bonilla came through the Argentine junior program. In 2009 he played for Los Pumitas before playing for Los Pumas 7s from 2011-2015.

He was named in Los Pumas squad for the 2018 Rugby Championship and made his test debut against Ireland at Lansdowne Road in November. He had a standout Super Rugby season in 2019, helping the Jaguares to the Super Rugby final and was included in the Pumas Rugby Championship squad but missed out on a place in the Argentina Rugby World Cup squad.

After missing out on the Pumas World Cup squad he took up an opportunity in France where he joined Racing 92 on a short term deal with the Top 14 giants lost Finn Russell and Ben Volavola after their selections for the World Cup. As of June 2020, he has made 28 appearances for the Jaguares in Super Rugby.

Bonilla has made four international appearances for the Los Pumas since his debut in 2018 and has previously represented Argentina at Under-20 level (As of September 2020).