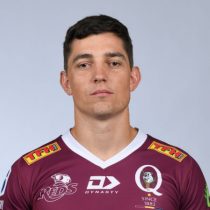 Campbell is a genuine product of the Queensland Club Rugby system. He played in the Second XV at The Southport School in 2013 and went on to star for University of Queensland in Queensland Premier Rugby, forming part of their 2017 title side.

He was a part of two Grand Final teams in as many years playing with Queensland Country in the NRC, including starting at fullback in the decider against the Fijian Drua in 2018.

In November 2018 he signed a two-year deal with the Reds ahead of the 2019 Super Rugby season.

Campbell played nine games of Super Rugby in 2019 and scored two tries after making his Queensland debut in Round 9 against the Bulls in Pretoria.

Following his breakout season, he was crowned the Reds 2019 ‘Rookie of the Year’ award.