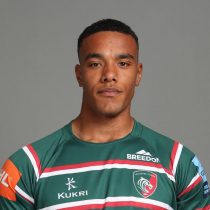 A back-three player throughout the age-groups, Birmingham-born Joe Browning played his early rugby with Stoke RFC and Newcastle Under Lyme School before joining the Tigers academy.

He scored two tries in the Under-18 Academies League Final win over Gloucester in 2018/19 when he also made his debut at England Under-18 level before moving up to the Tigers Development Squad for 2019/20.

April 2020 saw him sign a new deal with the Tigers' Development Squad.