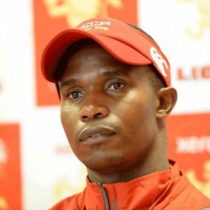 A former Junoir Springbok and Bulls player, Joey Mongalo has transitioned into coaching while also completing a degree in Industrial Psychology and marketing.

Mongalo played for the Bull Bulls at youth level winning the Currie Cup at u20 and u21 before going onto feature for the Junior Springbok side that reached the 2006 Junoir World Championship Final.

He would go onto reach the final of the Vodacom Cup the following year while turning out for the Emerging Springboks in for the IRB Nations Cup in Romania.

His final year of playing saw help Tuks reach the Varsity Cup Semi Final. Mongalo took his first steps into professional coaching with the Lions working with the u19s defence.

Again he worked with the u21 side in 2014 while also working with the University of Witswatersrand part time. Mongalo's next big step came in 2016 when moved into the Junior Springbok set up and helped the side reach the semi finals of the World Championship.

In 2017 he was promoted to the Lions Currie Cup side as the breakdown coach before he earned another promotion to the Super Rugby side who reached the 2018 Super Rugby Final.

While working with the Lions, Mongalo has continually assisted the University of Witswatersrand while also holding the role of King Edward XVII school's Director of coaching from 2015 to 2018.

In 2020, Mongalo, joined the Bulls as the defence coach, after a decade with the Lions where he served several roles including defence and attack for the Super Rugby, Currie Cup, SuperSport Rugby Challenge and junior teams where he assisted in winning silverware including back-to-back SA Rugby U19 Championship titles.