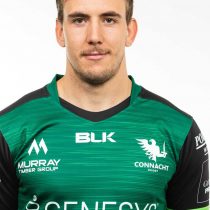 Porch joined the Australian Sevens program at the back end of 2015 having impressed the national coaching staff with a string of fine performance for the North Harbour Rays in the 2015 National Rugby Championship.

The flyer from Orange in country New South Wales earned selection for the Rio 2016 Olympics after impressing in July's six-match series against Japan in Sydney.

Coming off the back of 96 points across his nine caps, John aimed big in the looming 2017/2018 HSBC World Series Circuit before he was included in the squad for the 2018 Rugby World Cup Sevens.

As of April 2020 he has made 17 appearances for the Irish Province and has scored 25 points.