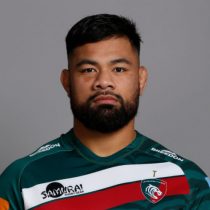 A dual international at U20 level, Taufua played for Samoa at the 2011 Junior World Championship before returning to New Zealand in 2012.

He debuted for Tasman in 2012 on loan from Canterbury before rejoining Canterbury for their ITM Cup Premiership success in 2013.

He then moved back north for the 2014 season with Counties Manukau, starting every game in his first season with the Pukekohe-based side, before returning to Tasman for the 2017 season.

Taufua made his 50th Super Rugby appearance for the Crusaders against the Lions in the quarter-finals of the 2016 Super Rugby season.

In March 2018, Taufua re-signed for the Crusaders having already represented the side 71 times in Super Rugby.

In April 2018, it was confirmed that Tasman Makos will allow Taufua to go to Japan during the Super Rugby offseason.

Taufua has continued to make his mark as an outstanding loose forward with the Crusaders so far in 2018 and also received his first call up to the All Blacks for the June Series.

Injury delayed Taufua from making his debut in June and following the test series and he was granted an early release from his contract in Japan to chase a test debut and will be available for Tasman in the Mitre 10 Cup.

Following the 2019 Mitre 10 Cup season, Taufua, Tasman Mako #98, made the move to the Premiership for the Leicester Tigers.